Nick Brown is a medical graduate from the University of Queensland currently working at the Royal Brisbane and Women’s Hospital. He has undertaken postgraduate qualifications in Radiology and Bioscience Enterprise in Australia and at Cambridge, where he completed his thesis on snake antivenom in sub-Saharan Africa. This included an analysis of the cost-effectiveness of snake antivenom and the market drivers influencing the industry. He is also a research fellow at the Australian Venom Research Unit. Ongoing research projects include diagnostic and therapeutic radiolabelled compounds, including antivenoms, as well as healthcare economics, sports medicine and infectious diseases. Nick works as a part-time consultant Medical Director for MicroPharm Ltd., helping to increase the quantity and quality of antivenom in Africa, as well as improve therapeutic options for other “orphan” disease areas. 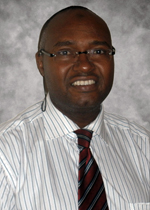 Professor Habib is an infectious diseases physician, public health implementer, epidemiologist, educator and a university professor since 2009. He has trained and worked at University Hospitals in Nigeria, Saudi-Arabia, England and Singapore, and has applied his expertise in global health toward topics including community acquired infections, emerging infections, antimicrobial resistance, Ebola, SARS, HIV/AIDS, immunology, clinical epidemiology, snakebite envenoming, and health economics. Prof. Habib participated in the initial characterization of a new emerging infection CoV-SARS in Singapore, and also served as Director Medical Services from 2005-7 to the Institute of Human Virology Nigeria (an affiliate of University of Maryland, USA) where they implemented care covering approximately one third of HIV-infected patients in Nigeria. Professor Habib has served on boards and committees of Nigerian health organizations including the National Drug Safety Advisory Committee, National Expert Committee on Adverse Events Following Immunizations, National Immunization Technical Advisory Group, the Epidemic Preparedness & Response Committee, National Committee on Multidrug Resistant Tuberculosis, National Taskforce on the Control of Snakebites, West African Academic Alliance of West African Infectious Diseases Institute and others. Dr. Habib is an international advisor to the Royal College of Physicians London (UK) and is also a recipient of several awards and prizes including: co-recipient 3rd Prize at the ‘World Oxoid infection control team of the year award, UK (2007)’; the Singaporean Prime Minister’s medal for valour and selfless dedication during the SARS epidemic 2003; and winner of the Ayo-Iyun Prize for best result in WACP examinations. Professor Habib has over 100 publications in peer-reviewed journals in global health., and has contributed to chapters of several books on global health, and is an editor to a monograph on Clinical Toxinology (by Springer) as well as three academic journals, including a BMC International journal. He is a consultant physician in Infectious and Tropical Diseases at Aminu Kano Teaching Hospital, Kano, Nigeria and has supervised/mentored several trainees. He is also the current president of the Nigerian Infectious Diseases Society, Head of the Infectious Diseases Sub-Specialty at the West African College of Physicians, and a Trustee of the Toxinology Society of Nigeria. He is currently the foundation Provost of the College of Health Sciences and formerly Head of Department of Medicine and Dean Faculty of Medicine at Bayero University, in Kano, Nigeria. A native of Kano, he attended Barewa College and Ahmadu Bello University, Zaria, Nigeria. 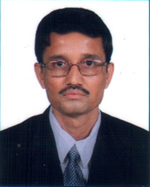 Professor Sharma is Professor of Medicine at BP Koirala Institute of Health Sciences. He is teacher of graduate, post graduate and post doctoral fellow and guides them in various clinical research. He is member of executive committee of Nepal Health Research Council, member of the clinical epidemiology unit of the institute and clinical epidemiology network of India. He also serves as various committee of International society of nephrology. He is collaborating with various universities and organizations in the field of chronic diseases as well as on snakebite. He works as trainer and educator in snakebite for Ministry of health, Nepal. He is involved in many aspects of snakebite research and mitigation in Nepal, including epidemiological studies, clinical trials, community interventions, empowerment of paramedics and diagnostic studies. He has published a number of papers on his work, including landmark studies measuring snakebite burden in rural communities, and testing novel transport strategies for snakebite victims designed to speed access to medical treatment. 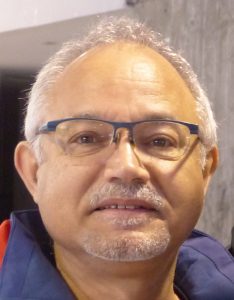 Dr. Juan J. Calvete (Valencia, Spain, 1957) has a Ph.D. in Biochemistry from Complutense University (Madrid, 1985), and since 2006 is full Research Professor of the Spanish Research Council (CSIC) and Head of the Evolutionary and Translational Venomics Laboratory at the Instituto de Biomedicina de Valencia. Research in Dr. Calvete’s lab (https://orcid.org/0000-0001-5026-3122) focuses on development of mass spectrometry-based tools for exploring the composition and evolution of snake venoms and toxins (“venomics”) and their interactions with commercial and experimental antivenoms.

José María Gutiérrez has a B.Sc. in Microbiology and a PhD in Physiological Sciences. He works at Instituto Clodomiro Picado, University of Costa Rica, where he performs research relating to a number of aspects of snake venom toxinology, improvements to antivenom production and preclinical evaluation, and the pathophysiology of envenoming. He has been involved in the development of new antivenoms for several regions of the world outside of Costa Rica, including Latin America, West Africa, Papua New Guinea and Sri Lanka. He is a WHO consultant on antivenom production and the problems of envenoming, and was involved with the drafting of WHO’s Guidelines for the Production, Control and Regulation of Snake Antivenom Immunoglobulins. In addition, he teaches Immunology, Cellular Pathology and Research Methods at the Universidad de Costa Rica in San José.

Simon Jensen is an emergency physician and clinical toxinologist at a major regional Australian hospital, and holds honorary appointments as a Research Fellow at the Australian Venom Research Unit at the University of Melbourne, as Lecturer in Emergency Medicine at the School of Medicine & Health Sciences at the University of Papua New Guinea, and Emergency Consultant at Port Moresby General Hospital. In addition to his interests in envenoming, he teaches on a number of specialist training courses, and is interested in travel and expedition medicine. Simon is a full member of the International Society on Toxinology (IST) and is involved in various Australasian toxinology research projects. He was spent time working in Papua New Guinea for over a decade, and since 2004 has been the clinical director of the AVRU-UPNG Snakebite Research Project, and the is a founding member of the Charles Campbell Toxinology Centre at the University of PNG. He is a World Health Organisation (WHO) consultant in snakebite management education to Cambodia. With David Williams, he developed the snakebite management training courses for doctors and healthworkers that run in Papua New Guinea and Cambodia, and he was an editor and an author of PNG’s first textbook on envenoming, Venomous bites and stings in Papua New Guinea. He is also co-author of numerous papers, conference presentations & teaching presentations on snakebite.

David Williams is a toxinologist and herpetologist who previously worked extensively to improve the treatment of snakebite in Papua New Guinea (PNG). He conducted clinical studies of the management of snakebite in PNG as a PNG Department of Health/University of PNG affiliated researcher while undertaking his PhD with the assistance of a Nossal Institute for Global Health/Australian Venom Research Unit scholarship. He was the Head of the Australian Venom Research Unit (AVRU) in the Department of Pharmacology and Therapeutics at the University of Melbourne (2015-2019), and also led the Charles Campbell Toxinology Centre (CCTC) at the University of Papua New Guinea from 2012-2019. David now works with the World Health Organization on snakebite-related projects. He was previously involved in drafting WHO’s Guidelines for the Production, Control and Regulation of Snake Antivenom Immunoglobulins, and the WHO Snakebite Envenoming Strategy for Prevention and Control. Together with Dr Simon Jensen, he has developed practical snakebite management training courses for doctors and health workers in Papua New Guinea and Cambodia. He was the senior editor and an author of PNG’s first textbook on envenoming, Venomous bites and stings in Papua New Guinea, published in 2005. 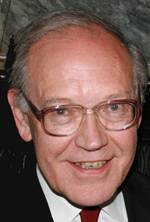 David Warrell is International Director (Hans Sloane Fellow) of the Royal College of Physicians of London; Emeritus Professor of Tropical Medicine and Honorary Fellow of St Cross College, University of Oxford; past Principal Fellow, Australian Venom Research Unit, University of Melbourne; and Honorary Professor at universities in Peru and China. After training in Oxford and London, he has lived and worked; as physician, teacher, researcher, traveller and naturalist; in many tropical countries, founding the Oxford Tropical Medicine Research Network in Thailand in 1979. His interests include infectious, tropical and respiratory diseases, venomous animals, envenoming, and expedition medicine. Currently, he is consultant to the World Health Organization, British Army and Foreign and Commonwealth Office, Royal Geographical Society and Earthwatch International and Conservation Fellow of the Zoological Society of London. He was formerly head of the Nuffield Department of Clinical Medicine in Oxford and president of the International Federation for Tropical Medicine and the Royal Society of Tropical Medicine and Hygiene. He is senior editor of the Oxford Textbook of Medicine (5th Edition, April 2010), Essential Malariology and the Oxford Handbook of Expedition and Wilderness Medicine and author of papers on malaria, rabies, relapsing fevers and other tropical infectious diseases, HIV, respiratory diseases and clinical toxinology. In June 2022 he was named Knight Commander of the Order of St. Michael and St. George by Her Majesty, late Queen Elizabeth II in recognition of his service to global health research and clinical practice.